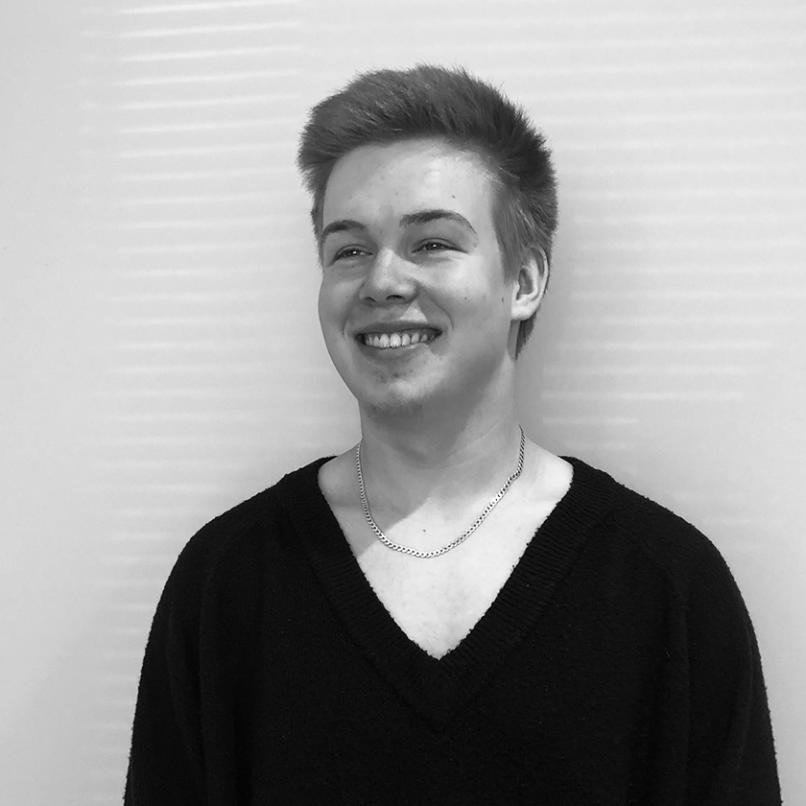 The Nordic Institute has had the pleasure of sending two talented Åland youth (Jack Hancock and Jack Sundström) to a tour around Denmark, Finland and Åland with Swinging Europe's project Young Nordic Stars. Now one of the Åland youth, Jack Sundström, has just come home from Greenland and with the projects help he has been given the opportunity to experience life as a touring artist and at the same time invaluable help in building his Nordic music network.

I meet Jack Sundström, a young guy who likes to play music. And who wants to develop himself as a musician. When I sit and talk to Jack, it strikes me several times how humble he is and how much he wants to learn from others. It also strikes me how incredibly fun it is that through the Nordic Institute in Åland (NIPÅ) we can offer this type of projects, where we give local young talents the opportunity to develop and flourish in their creative expression outside the borders of Åland. Jack Sundström talks warmly about the experiences the project has given him, recently returned from his trip to Greenland - he thinks it has been a very educational project.

You just returned from Greenland. How was the trip?

- Thats correct, I came home Februrary 27th. The return journey went as planned. But the trip going ther was a little rescheduled with extra nights because of very strong winds in Greenland. It is also very cold, as cold as -24 degrees.

How did it feel to travel yourself?

- No problem at all! It was only the part from Åland to Denmark that I traveled myself. Then I was met by the three guys from Finland. Then we all met up with the rest of the gang and everyone traveled together.

In your opinion, what was most memorable during the Greenland trip?

- This was the first time I was in Greenland - so it was an experience in itself to get there!

It was very fun that we got the last concert recorded on Sunday. I hope that we all can get a copy of that recording. It would be very fun to hear with good sound like this afterwards!

Do you think you will benefit from your Nordic networking after the project Young Nordic Stars?

- We may not have lived the tour life "fully", because we have had such a good time with everything booked and ready. Everything was also within walking distance of Greenland. However, this summer it was more of a tour experience when we even got to sleep on the bus after one of the gigs in Denmark, p.g.a. logistics and time schedule.

The networking bit has been just as promised! I think I have already benefited greatly from this. Contact with other musicians from neighboring countries, to successfully get extended contact networks. And getting in a foot with Swining Europe feels like a big stepping stone to me. It feels like there are contacts that I can easily keep alive because they are neighboring countries.

Have you devolped musically from this?

- Yes indeed, in terms of musicallity I've developed alot! One of the shows in Vaasa was on a relatively small stage, where we had to adapt the dynamics to the size of the stage - drums, blows etc. were live, so that it would be good together as a whole. Compared to when we got to play on the big stage at the Danish Tivoli in the middle of Copenhagen, then it is more that we play fully, and a little extra so to say.

Do you think the project as Young Nordic Stars is important?

- Occasionally when I get to play with people who are better than I am, I feel that I am developing as a musician. Then it's all about to take in as much as possible, and what they can offer me, rather than having to show off what I can. And this project, Young Nordic Stars, was exactly such a project where everyone could learn something from each other.

The times I've been involved in various Alandia Sessions they have been very good too, and I think it's a shame it didn't happen now. There was apparently a little interest from the Åland, so that is why it did not get planned again now. But I really hope it comes back again!

Have you had a taste of life as a touring artist?

- Yes… but hehe .., we have lived a very nice touring life here with everything booked and fixed, and very (!) good food on all trips. We are so very grateful that everything has been so well organized. So I may not have tasted a true touring life in that way - I suspect that life on tour is not this planned and nice.

What are you most likely to remember after this experience?

- I would probably say that it does not matter how good you are in music really - if you do not know the right people then you will not get anywhere in music. Unfortunately. So I have to say that it is the contacts that are most important here for me in the project.

I sometimes think about how lucky I am to live in beautiful Åland, where also the music scene is quite small and the jazz drummers are not so many. I think that gave me the opportunity to be included in this. The whole experience has given me a lot of experience also of how quickly you need to get into a song, you are thrown into something and need to find a way to quickly start playing. It doesn't have to sound perfect all at once.

What input can you give us at the Nordic Institute on Åland and to the project - is there anything you think could be done better?

- Yes, if there is anything I would like a little more about the tour aspect. You could fill the program with more workshops, for example; how to fix a reservation, learn how to plan for a tour, budget etc. Now it was very comfortable, of course, but I would have liked to have a more simple concept and setup and being part in planning from the start. That would have been very useful and a great way to learn more.